Hurd succeeds Alison Byerly, who is becoming the 12th president of Carleton College.

“One of the things you’ll hear me share with Lafayette students is that none of us lives a linear journey. Lafayette is the next part in my own nonlinear journey, and I could not be more excited,” said Hurd, CEO of College Advising Corps. “I am bringing my head, heart, and hands to a community that will pursue a braver, bolder future as a model of academic and inclusive excellence in higher education. It is a terrific honor to help build the College’s next chapter.”

“Nicole is a bold and creative thinker who leads with grace and humility,” said Robert E. Sell ’84, chair of Lafayette’s Board of Trustees and chair of the presidential search committee. “She has been partnering at a fundamental level with the presidents of colleges and universities across the country for 15 years. Nicole’s knowledge and insights position her well to help strengthen our programs and accelerate Lafayette’s trajectory toward providing a differentiated student experience and a distinctive liberal arts/engineering education.”

Hurd, a religious studies scholar, launched what became College Advising Corps (CAC) as a pilot program in 2005, while serving as assistant dean and director of the Center for Undergraduate Excellence at the University of Virginia. CAC has helped more than 525,000 low-income, first-generation, and underrepresented students enroll in higher education by placing more than 800 recent college graduates as near-peer advisers in 795 high schools across America. High school students who meet with CAC advisers are 18% more likely to apply to a college or university, 19% more likely to be accepted, and 24% more likely to apply for a scholarship. 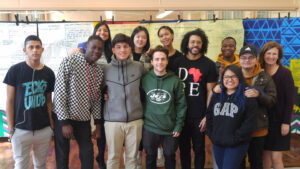 “CAC’s core values reflect my own and are consistent with those embraced by Lafayette,” Hurd said. “Lead with courage and tenacity; assess progress to fuel new ideas; believe in educational equity for all.”

Hurd is assuming leadership of an institution that set out in 2016 to more than double its financial aid budget toward admitting students without regard for their financial need. In its first three years, prior to COVID-19, that plan grew financial aid by 30% and the size of the study body by 6.7%, while adding 17 new faculty positions.

She is also joining an institution highly regarded for its interdisciplinary curriculum and emphasis on experiential learning. During her time teaching and overseeing undergraduate research at the University of Virginia, Hurd led a January-term interdisciplinary course after Hurricane Katrina that included engineering, history, government, and architecture. Upon completion of the coursework, they traveled to New Orleans to assist in relief efforts.

“I have experienced the power of academic service learning and community outreach that develops leaders and is the hallmark of the Lafayette experience,” she said. “It is the type of engaged learning I will be honored to champion and advance as Lafayette’s president.” 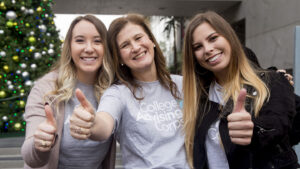 Edward Ayers, president emeritus of University of Richmond, said this about Lafayette’s next president: “Lafayette College will flourish with Nicole Hurd in your presidency. She is a visionary, ambitious for the common good. She is also charming, modest, funny, and approachable. Nicole is a devoted teacher, an eloquent advocate for higher education, and a national leader. She will build on what is best about Lafayette.”

David Stifel, the Charles A. Dana Professor of Economics and a member of the presidential search committee, described Hurd as a leader of “keen intellect combined with energy, enthusiasm and commitment to higher education. I am excited about Nicole joining the Lafayette community because she is a great fit for the College. Not only will she connect well with our students and alumni, but she is also the kind of inclusive leader who will work well with the faculty and board of trustees in our system of shared governance.”

“Nicole offers a unique and highly compelling perspective on the state of higher education,” said Linda Assante Carrasco ’90, vice chair of Lafayette’s board and of the search committee. “She was able to demonstrate an appreciation of where we’ve been and all that we’ve accomplished as an institution and as a community, while presenting an inspiring vision as to what is possible for the Lafayette of tomorrow. I have no doubt she will capture the hearts and minds of all of our stakeholders just as she did so readily with the members of our search committee.”

Erskine Bowles, president emeritus of University of North Carolina and a former White House chief of staff, is among the national leaders that Hurd recruited to the CAC board. He described her as “kind, thoughtful, and caring, yet bold, efficient, and effective. Nicole is one of the most truly extraordinary leaders I have ever worked with,” he said. “I guarantee you that there is no other leader who will work as hard or care as deeply about the future of your students as Nicole Hurd.” 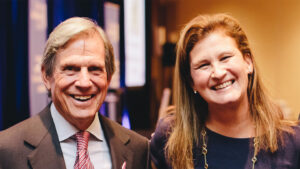 CAC’s founding board chair, Peter Grauer, who is the chairman of Bloomberg, L.P., said: “Nicole has shown remarkable leadership, resourcefulness, and insight, single-handedly changing the face of higher education. Lafayette College, you have recruited an extraordinary leader, innovator, and a woman of great character. Congratulations.”

Hurd described her forthcoming first year as a college president as one of “listening and learning. That is the way I show up as a leader.” She envisions leading a Lafayette that becomes more widely known for its faculty’s expertise, consistently competes for Patriot League athletic championships, empowers graduates and young alumni to have an immediate impact fueled by their education and internships with alumni, and a College whose symbiotic relationship with its home city elevates both Lafayette and Easton.

The new president also pledged to build on a strong culture of philanthropy at Lafayette as the College moves toward its bicentennial celebration in 2026. As CEO at College Advising Corps, she personally secured more than $90 million in recent years, including several seven-figure investments.

Lafayette was assisted in its search by Storbeck Search, a member of the Diversified Search Group.