Alison R. Byerly became Lafayette College’s 17th president in 2013. In 2016, she launched an ambitious 10-year strategic direction, Affordability and Distinction through Growth, that will increase the size of Lafayette’s student body by 16 percent while more than doubling the financial aid budget and adding 40 new faculty positions. By making the College more accessible to talented students from a range of backgrounds, the plan is strengthening Lafayette’s competitive position among peer institutions..

At the same time, the addition of tenure-track faculty positions supports a newly developed academic plan that is expanding the curriculum in innovative and interdisciplinary areas. The incoming classes enrolled after the launch of the plan brought the highest SAT scores and greatest student diversity in Lafayette’s history. 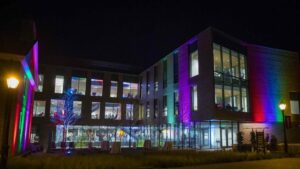 Under Byerly’s leadership, Lafayette launched and completed its largest-ever fund-raising effort, the Live Connected, Lead Change campaign, which raised $426 million, exceeding its $400 million goal. In fall 2019, Lafayette opened the five-story Rockwell Integrated Sciences Center, the largest capital project in the College’s history. A LEED Gold qualified building, it houses a variety of science departments, a center for innovation and entrepreneurship, and a center for inclusive STEM education. The College also recently opened new student housing, a new College Store, and a new diner on the edge of campus. 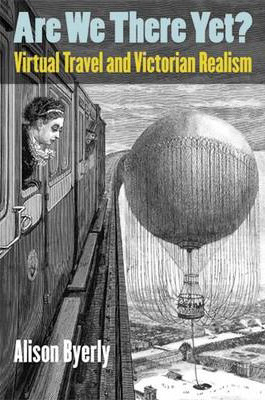 Prior to assuming leadership of Lafayette, President Byerly was provost and executive vice president at Middlebury College. During her tenure on Middlebury’s faculty, she served as a visiting scholar at MIT, Stanford, and Oxford. President Byerly is the author of two scholarly books— Are We There Yet? Virtual Travel and Victorian Realism (Michigan, 2013) and Realism, Representation, and the Arts in Nineteenth-Century Literature (Cambridge, 1998) — and has written and spoken extensively on the role of technology in higher education.

Byerly earned a bachelor’s degree with honors in English from Wellesley College and a Ph.D. in English from Penn. She is married to Stephen Jensen, a medical editor. Their daughter, Laramie, a graduate of Carleton College, received her doctorate in oceanography at Texas A&M and is a postdoctoral research fellow at University of Washington. Their son, Ryan, a graduate of Dickinson College, is pursuing an MLIS degree at Drexel.

President Byerly announced on Oct. 6, 2020, that she will step down as president on June 30, 2021. She will become president of Carleton College on Aug. 1.