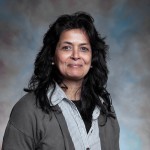 Jamila Bookwala was named Dean of the Faculty in 2019. She joined Lafayette’s psychology faculty in 2001 and has taught core courses in psychology and specialized courses on lifespan development and aging. Jamila also led the effort to establish an aging studies minor at Lafayette. Her research interests are in interpersonal relationships, health, and aging. She has published extensively on the role played by close relationships in mental, emotional, and physical health during the middle and later years of life. Her research has been funded by the National Institute on Aging, the American Psychological Association, and several foundations and universities. During her tenure at Lafayette, she has won the College’s top awards for teaching and leadership. Her administrative roles have included serving as Dean of Academic Initiatives, Dean of Curriculum and Research, Psychology Department Head, and Chair of the Aging Studies program. She holds degrees in psychology from the University of Bombay (B.A.) and City University of New York (M.A.), and degrees in social psychology from the University of Pittsburgh (M.S. and Ph.D.). 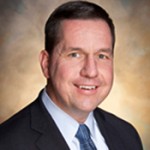 Roger Demareski joined Lafayette in 2014 and is responsible for the College’s Finance and Administration division which includes management of assets, debt, financial accounting and reporting, control of financial operations, financial long-range planning, purchasing and budgeting. Offices and departments reporting to him include campus dining, the Early Learning Center, the College Store and Post Office, copy and bulk mail services, physical facilities, sustainability, and plant operations. Roger brings 23 years’ experience in strategic planning, capital budgeting and operations, and other financial and administrative functions. He has served as assistant vice president for facilities operations at Princeton since 2008, following eight years of service as associate vice president for finance and administration at Seton Hall University. He holds a B.S. in civil engineering degree from Villanova University and an MBA from Seton Hall. 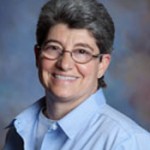 As senior student affairs officer, Annette Diorio is responsible for supervision of non-academic aspects of student life, including living groups and other extracurricular activities, religious programs, residence life, health and counseling services, and student conduct and discipline. She also oversees the offices of Athletics, Recreation Services, Title IX and Equity, Intercultural Development, and Public Safety. Named VP for Campus Life in 2012, Annette joined the College in 2000, holding several positions in the Dean of Students office. She also served as director of Residence Life for nine years. In 2006, she received Lafayette’s Cyrus R. Fleck Jr. ’52 Administrator of the Year Award in recognition of outstanding contributions to the campus community. Prior to Lafayette, she served at Missouri Western State College as an administrator and instructor. Annette earned her B.S. in education from State University of New York at Cortland, her M.Ed. from St. Lawrence, and her Ed.D. from the University of Kansas. 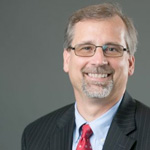 Mark Eyerly joined Lafayette in 2016 and is responsible for enhancing the College’s visibility and strengthening its brand recognition. He and his team in the Communications Division oversee editorial and design services, digital communications, and athletic communications. Prior to joining Lafayette, Mark served as the chief communications officer for Temple University, the law school at the University of Pennsylvania, the business college at Drexel University, and the William Penn Foundation. He started his career as a newspaper reporter and then spent nine years  as a writer, editor and assistant director in the Cornell University News Service. Mark holds a B.A. in journalism from Temple and an M.S. in organizational dynamics from Penn. 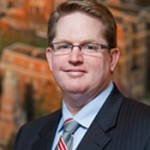 Greg MacDonald and his admissions and financial aid team provide a personalized enrollment experience for prospective and accepted students. Greg joined Lafayette in 2010 as Dean of Admissions & Financial Aid and was named to his current position in 2014. Formerly the director of undergraduate admissions for the College of Arts, Sciences, and Engineering at the University of Rochester, Greg joined Lafayette in 2010. He also served in a variety of admissions office posts at Case Western Reserve University. He began his career as an admissions counselor at Carleton University in Ottawa, Ontario, where he earned a B.A. MacDonald holds a M.S. in higher education administration from Syracuse University. 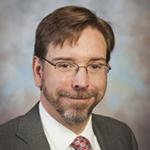 Named Provost in 2019, John Meier is Lafayette’s chief academic officer, overseeing all academic departments, programs and operations at the College. John joined the mathematics faculty at Lafayette in 1992 and has taught a wide variety of courses including calculus, applied statistics and a writing intensive class on ethnomathematics. He is the author or co-author of over fifty research articles and three books. His research is in geometric group theory, a field in the liminal area between algebra, geometry, and topology. John has won a number of awards for teaching excellence and his research has been supported by funding from the National Science Foundation and the American Mathematical Society. John holds the David M. `70 and Linda Roth Professorship in Mathematics. In addition to his work as a teacher and scholar, John has served as Dean of the Faculty, Dean of Academic Initiatives, Dean of the Curriculum and Resources, Associate Provost for Faculty Development, and Director of Research Services. He holds mathematics degrees from the University of Virginia (B.A.) and Cornell (M.S. and Ph.D.). 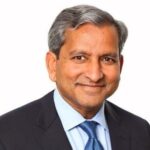 Krishna Memani joined Lafayette in 2020 and is responsible for managing an endowment of more than $850 million, which ranks among the top 10 percent of American colleges and universities in endowment per student. Prior to joining Lafayette, Krishna served as vice chairman of investments at Invesco, which he joined when the firm combined with OppenheimerFunds in 2019, where he was chief investment officer. Earlier in his career, Krishna led U.S. and European credit analysis at Deutsche Bank headed global credit research at Credit Suisse, and oversaw high-grade and high-yield portfolios at Putnam Investments. Krishna earned an MBA and a master’s degree in economics from University of Florida and a bachelor of engineering degree in mechanical engineering from Birla Institute of Technology and Science in Pilani, India. 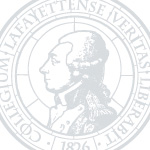 Leslie Muhlfelder is responsible for coordinating all legal issues and compliance matters at the College and for overseeing all personnel and benefits issues as head of the Human Resources office. A member of the faculty, Leslie also teaches Race and Gender in the American Legal System in the Government & Law Department. Prior to joining Lafayette in 1995, she was associate university counsel at Temple University, where she held various administrative positions and served as acting associate vice president for environmental health and safety. Prior to Temple, Leslie served as an associate in the litigation department of Ballard Spahr Andrews & Ingersoll of Philadelphia Pa. representing clients in federal and state court matters. She also lectured nationally on legal issues involving higher education. She earned a A.B. in economics from Lafayette and a J.D. from Georgetown University Law Center. 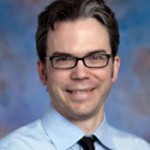 John O’Keefe oversees Information Technology Services for all academic and administrative systems and the digital infrastructure that supports them. His areas of responsibility include instructional technology, user support, web development, administrative systems, and data management. He recently completed a 6 year term serving on the InCommon Federation Steering Committee, where he led its Programs Subcommittee. He currently serves on the Internet2 Trusted Identity in Education and Research (TIER) Investor Council, helping to shape the direction of identity and access management for higher education. In addition, O’Keefe is the chair of the Consortium of Liberal Arts Colleges (CLAC) board, an organization that represents IT leaders from the top liberal arts colleges in the country. He holds an A.B. in American studies and music (double major) from Lafayette. 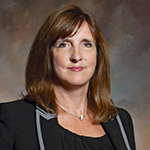 Kim Spang serves as Co-Secretary to the Board of Trustees Committees on Development, Alumni, and Community Relations; and Trustee Governance.

August 2014. She oversees the offices of Development, Alumni Relations, and the Gateway Career Center.

While managing a team of 60 across several departments, Ms. Spang has played a central role in advancing Lafayette’s fundraising operations. She has built strong relationships with many of the College’s top donors and friends. Among her achievements during her service, she has led the College through its historic $400 million Live Connected Lead Change capital campaign. She works in close partnership with the President and the Board of Trustees in setting the direction of the current capital campaign and fulfilling its objectives.

Prior to joining Lafayette, Ms. Spang worked in Admissions for DeSales University from 2002 to 2003. Before DeSales, she served as a senior sales and marketing manager for the Walt Disney Company. Ms. Spang earned her BS in Business Administration from Kutztown University. She is a member of CASE (Council for Advancement and Support of Education) and STAFF (Schools Sharing the Annual Fund Fundamentals). She is a recipient of the CASE Circle of Excellence Award Program for Education Fundraising, as well as Lafayette’s Gary A. Evans Administrative Prize. Ms. Spang currently serves on the Board of the Easton Area Industrial Land Development Company, Inc., a non-profit organization that provides opportunities for the acquisition and restoration of commercial buildings in Easton’s historic district. 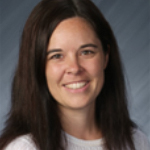 Assistant to the President for Board
and Community Relations
staracem@lafayette.edu
(610) 330-3365
316 Markle Hall 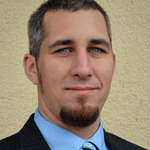 Appointed as Special Assistant to the President for Strategic Planning and Implementation in December 2017, Amir is responsible for providing support for the ongoing implementation of the College’s strategic plan, aimed at increasing affordability and distinction through growth, as well as other special projects. Amir joined Lafayette College from Lehigh University, where he served as the director of strategy and analytics in the office of Economic Engagement. Prior to Lehigh, Amir worked at Santa Clara University’s School of Law as the director of stewardship and at American University’s Washington College of Law as the associate director of continuing legal education. Amir has traveled extensively internationally and early in his career worked for an educational technology non-profit in India. Amir graduated from American University with a B.A. in International Relations and a M.A. in International Conflict Resolution and Global Education.